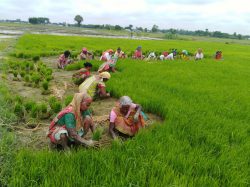 Objectives
• To strength water user groups for installation of shallow tube wells to increase production of farmers.
• To act in coordination with the District Agriculture Office and other related line agencies.
• To make farmers and water users groups and strengthen these groups so that they adopt modern methods of farming so that they use sustainable agricultural methods to increase their income.