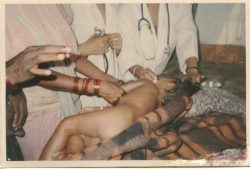 Health workers of RCDSC, providing health care to a sick baby. This baby was suffering from high fever and stopped to breath.  The health workers provided massive care and also artifical respiratory service and the baby got his life again. 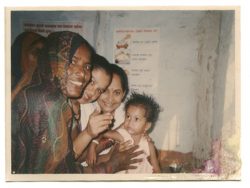 1-6 series of book lets has been distributed to the group members.